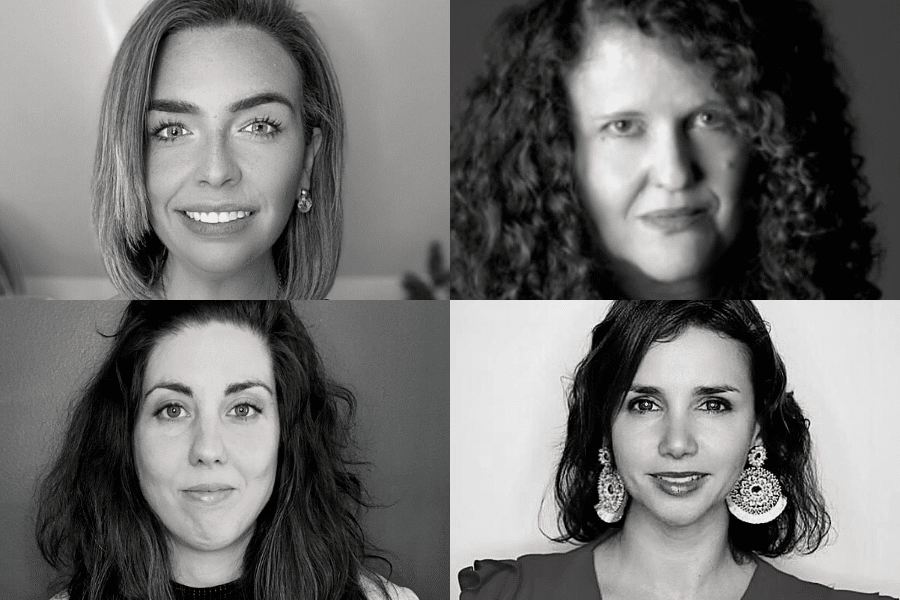 The face of migration is changing. Over the last century, millions of people were forced to leave their countries of origin, with women following male relatives along the journey. Today, women outnumber men along most migratory routes, with many traveling alone. This makes them more vulnerable to the predatory forces along the
migration routes. This new scenario requires not only a profound reconstruction of the host societies, but also new perspectives will help provide more meaningful assistance and promote action.

To commemorate the International Migrants Day on December 18, USA for IOM held the first “Meeting of Migrant Women Leaders”, during which our CEO, María Moreno, spoke with global female leaders who left their country of origin. The event, moderated by the essayist and CEO of Architects of Happiness Nora Rodríguez, included the participation of Dr. Nadia Szeinbaum, Innovation Scientist at Beyond Meat, and former NASA fellow, and Liliana Mor, Director of Strategic Alliances and Development of Pro Mujer.

Hosting conversations with female leaders who themselves migrated is key to understanding the femiznation of migration. Dr. Nadia Szeinbaum discussed ways to better integrate migrant women into the host countries. “What I know about my culture,” she mentioned, “has a certain flavor, a very particular color that is Hispanic, Latin American, focused a lot on connecting with other people, on my music and my technical ability, so when I felt exposed to many cultures, I started learning from them. This allowed me to understand their codes, pay attention to details, and also learn to work from that place.”

For María Liliana Mor, Director of Strategic Alliances and Development of Pro Mujer, it is urgent to launch collaborative work between the countries to incorporate means and resources that make migratory routes safer places, but also to provide human accompaniment to make creation of new roots a common goal, for example, through supporting entrepreneurship for refugee and migrant women.

Both María Liliana and Nadia recognize the importance of a global talent characterized to a considerable extent by the impact that migrating had on their lives, characterized by the social sense, the commitment to personal values to advance in decisionmaking and a great adaptability and ability to connect with truly diverse people, which is a common denominator in most people who migrate.

The essayist and CEO of Architects of Happiness Nora Rodríguez, who moderated the event, and who works as a social mentor in the USA for IOM’s Entrepreneurship in Movement program, emphasized the importance of finding these skills and talents in each of the stories of women who migrate because they are the starting lines to build a new life in another place.

In closing, María Moreno urged both leaders, from their deep understanding of the fundamental values of the global community, from their own sensitivity to human and social needs, to share a message with migrant women directly. Both women agree that preserving cultural ties while working to build a new life is critical to success and mental health. “Your family is the world,” says Szeinbaum. “And I say this from personal experience,” adds the Director of Alliances for Pro-Mujer, “there are moments when you feel like you are someone else and you yearn for certain things. And a family doesn’t necessarily have to be a biological one.” Migration isn’t about severing connections, but rather about building new ones.